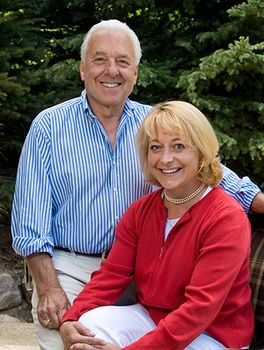 Make Us Your Preferred Team

Prior to joining Rod Slifer in 1983 as a real estate broker, Bob spent 14 years with Vail Associates as a ski instructor, supervisor, administrative director and, ultimately, Ski School Director for Beaver Creek from 1980 through 1982. Bob also boasts to being one of Vail Associates' first real estate agents when its real estate section was formed in 1971.

Born and raised in Princeton, New Jersey, Bob attended the Lawrenceville School, graduating in 1960, and graduated from Middlebury College in Vermont in 1965 with a degree in Sociology and Ice Hockey.

After graduation from college, Bob moved to Montana where, amongst other transient opportunities, he learned the art of auctioneering. He vowed that he would only use it for charitable purposes and, as a result, is well known in the community as a master of ceremonies and auctioneer for almost all live auctions.

Bob also sings with the Vail Community Chorale and the Chamerata Choral.

One of Bob's pet projects is the Eagle River Scholarship Fund for which he acts as Executive Director, board member and member of the interview committee.

Bob loves the Vail Valley, and lives with Patty, his wife of 45 years. Home is a watering hole for their son, Erik, an Orthopedic Surgeon with Vail Summit Orthopaedics, and for their daughter Heather, a broker who has been working with Bob as his partner and assistant for the past sixteen years.

Heather Dorf Rawlings wasn't born in Vail, but only because there wasn’t a hospital here then! She grew up in the Vail Valley and, like her father, attended The Lawrenceville School in New Jersey (class of 1990) and Middlebury College (class of 1994). After graduation, Heather worked for K-12 schools in Mexico for two years so is completely bilingual, which often aids her with Vail’s international community. She then returned to the Vail Valley, attained her real estate license, and has been working alongside her broker father, Bob Dorf, since 1999. She lives in Eagle Ranch with her photographer husband, Michael, and their two children, Jamie (17) and Jensen (15). The boys keep her running from hockey to lacrosse when she’s not skiing, playing hockey herself, or selling real estate.

Lake Creek
Located in a beautiful valley tucked into the hills just west of Edwards, Lake Creek is a community that feels much farther away. While only a few minutes from Edwards, Lake Creek offers a rural setting where many ranching activities still occur....
View All Our Communities
SSF Real Estate Portfolio
Basecamp on Beaver Creek 1A 3-bed | 3.5-bath | 2,530 sq.ft. | $2,495,000   Experience luxury, mountain views and seclusion from this beautiful riverside townhouse at the base of Beaver Creek...
Visit My Blog
The Local's Perspective Newsletter
Stay in the loop with things to do, monthly market updates and more.
Subscribe
SSF Mobile App
Don't miss out on your perfect home, search properties on the go and be notified in real time when a property that matches your criteria hits the market.
Download the App